A Look At Ty Attic Treasures: 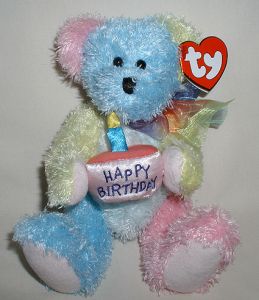 Before the birth of Beanie Babies, Ty Inc. introduced the Attic Treasures Collection in 1993. Initially these adorable stuffed characters were all jointed so they had moveable arms, legs and head. But to the surprise of many collectors, some later styles were not jointed and had a very close resemblance to Ty Beanie Babies. Attic Treasures may be clothed, sport only a ribbon around their neck or wear nothing at all! Not including variations, there are 233 Attic Treasures to collect.

Ty discontinued the line in 2002. The last Attic Treasure introductions occurred in July of 2002 when Ty released three winged fairies (Demetria, Olympia and Cassia) and Surprise the bear. On December 27, 2002, Ty retired all 14 remaining styles.

Rarest Attic Treasure
The rarest of all Attic Treasures is Tyra the cheerleader bear that was introduced on August 31, 1999 but was retired seven weeks later due to safety reasons. Only a few Tyra Attic Treasures with her pompoms were ever released. The first Tyra with pompoms that sold on auction was on December 5, 1999 on Yahoo for $1,200!