Ty's line of small-sized Beanie Babies, called Jingle Beanies, are designed to be used as holiday ornaments and/or gift tags. The Jingle Beanie bears are 5 1/4" high and are made from the same material used on Beanie Babies. They may have stitched or plastic noses.

The Jingle Beanies retail for $2.99/each.

Jingle Beanies were first introduced to retailers on September 9, 2001 at the Boston Gift Show and later announced to collectors on the Ty website on September 17, 2001. The heart tag on Jingle Beanies do not contain a birthday or poem. Instead, they are designed to be used as gift tags with a place to write whom you are giving the gift to and whom it is from. Despite this intention, they also make wonderful non-breakable ornaments. 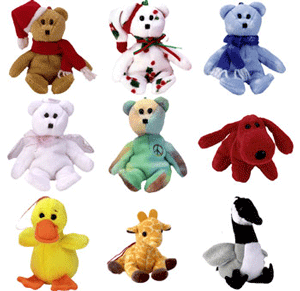 From September 24, 2001 to January 18th, 2002, a special set of Jingle Beanies that contained Clubby, Clubby II, Clubby III and Clubby IV, were available for order from the Beanie Babies Official Club Website for $12. 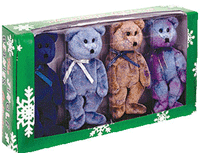 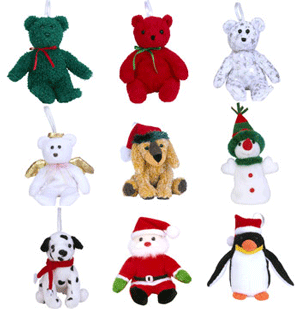 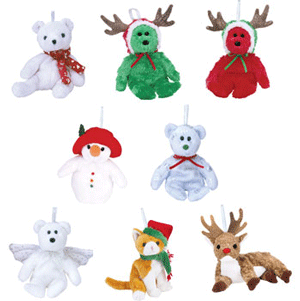 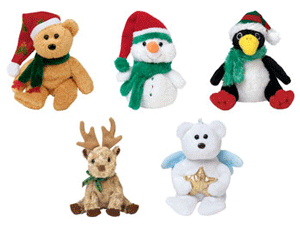 On October 1, 2004, a special set containing 4 Decade Jingle Beanies was available from the BBOC website. 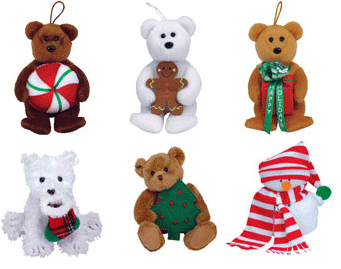 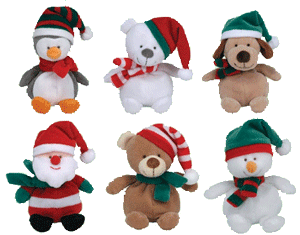 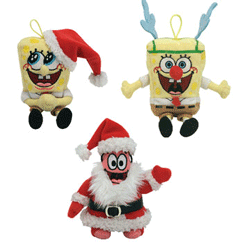 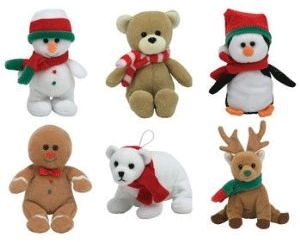 2008 - Ty addes the following styles to the Jingle Beanies line: Coolston the snowman, Coolstina the snowgirl, Santa, Snowbank the penguin, Yule the chipmunk, and Garlands the mouse. 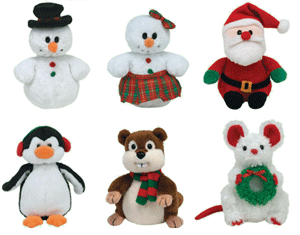 2010 - A special re-issure collection of 4 limited edition "Decade" Jingle Beanies is available for sale for just $2.99.